Last night I had the pleasure of attending the introduction of

Glamour x Lane Bryant. It’s part of a partnership between plus-size retailer, Lane Bryant and fashion magazine, Glamour. Announced in March, the collaboration also includes special issue magazines like the now infamous “Chic at Any Size” edition which named comedienne Amy Schumer as one of the “Women Who Inspire Us”, prompting her to lash out about being included as “plus-size”. 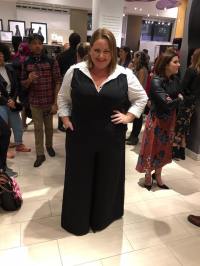 In addition to seeing and trying on the clothes, it was great to mingle and chat with fellow bloggers, models and other fashion industry folks. Champagne floqed, DJ’s played the hits, appetizers were passed and Lane Bryant held raffles for $500 gift cards. Yet another fun, fashionable evening at Lane Bryant. 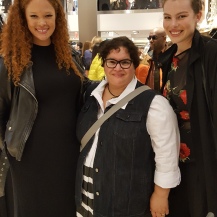